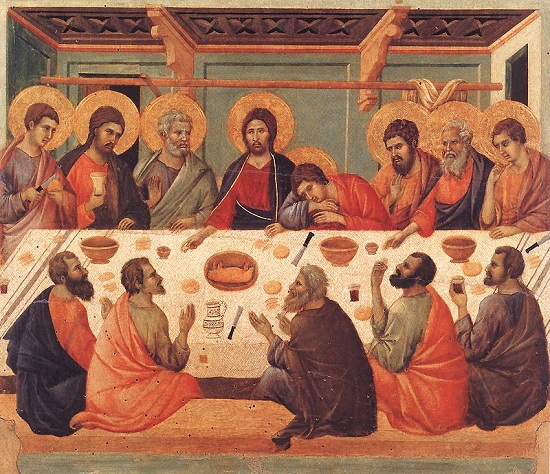 The sacred manifestations of Easter begin with Holy Thursday with its tradition called “Sepolcri” (literally, “tombs”, but here implying a kind of liturgy).

The etymology goes back to a diffused all over the Peligna Valley usage of the term connected to the preparations to “a series of scenes or “pictures” performed by the actors chosen among the parishioners and inspired by the episodes of the Passion.”[1]

Nowadays, the term “to do the Sepolcri” is used improperly being referred to a habit of some people of Sulmona to go around churches of the town (according to the tradition, it should be an odd number of them) to visit those sacred places defined by symbolic elements, such as church candles, lamps, and vases, which for christians represent the Last Supper of Jesus with his Apostles when the Eucharist was instituted.

Holy Thursday and “Sepolcri” in Sulmona by Antonella Capaldo translated by Yulia Shcherbakova is distributed with the licence Creative Commons Attribution-NonCommercial-NoDerivatives 4.0 International.
Further permits in regards with the purposes of the present licence can be available via https://www.sulmonalive.it/contattaci.