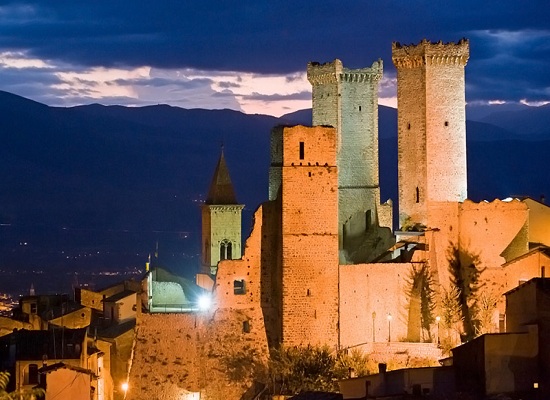 A physical and psychological relocation – that may affect the existence of each of us placing us into environments different from the usual ones where we grew up and developed and that have become a part of us – makes us look at the world and a new reality through different eyes.

And so the places are to become the protagonists of our existence; places that tell stories better than anyone else.

There are two actors involved in this process – places and the man connecting to them by bringing into play his spirituality, his feelings, and his own being.

It happens to everyone at least once in life to feel at home in places that are foreign to our own traditions, family history, and culture, and to which one has been dragged by the contingencies of life, places that for some force that guides an unexplainable, complex, and impregnable human existence, eventually end up being part of our soul.

Very often, indeed, we transform geographic references into spaces created by feelings, bringing in perspectives that are far from reality but far more real than they seem. These are filled with meaning and, thus, become spaces created by the need to transform experiences of being uprooted into comfortable places where one feels at home.

But when does a place cease to feel foreign and become one’s home?

The answer is found by Silvia Albertazzi in the words of a song by David Byrne: “Home is where I want to be.”[1]

Home, this way, becomes a place that we feel so familiar with, like if we were one whole thing with it and everything that surrounds it, till the point that we lose ourselves in it in order to, later, find ourselves again.

At “home” you feel harmony with yourself, inner conflicts fade, tensions and negativity disappear.

Yes, this is our home.

This is the place a memory of which calms the soul down and where it finds its ideal dimensions. It is the place where we identify ourselves in a new way, discovering a new part of us, the best part, alive, that until then had been hidden even to ourselves, as I firmly believe that to adapt to a place means to discover and to adapt to that new part of yourself that comes out by discovering a new reality.

That space is, therefore, perceived as home to which a man is connected with all the finesse of their feelings. It finishes by creation of a mechanism of causal relationship with the place, where the force of the place is equal to that of a man who in their insecurities and their fragility succeeds in finding strength to reinvent and rediscover themselves.

Every poet known has always praised their own ideal place, often being the lifeblood of their poems and the source of inspiration (it is enough to think of Petrarca and the exceptional relationship with his Vaucluse).

In these places we experience sensations that tickle our sensory perceptions and allow us to recognize the smells, the sounds, and the tastes even at a distance of time. The air is familiar, and this place for us is like a safe fortress to find comfort in, after a day passed in struggles to fulfill daily duties of actors in the game of life.

Every reality, known or unknown, is a living space of each individual with their sensibility and creative fantasies. A man puts their soul into the space where they are immersed in, they build, they project, and end up loving and hating it.

Emma Bovary (protagonist of a wonderful novel by Flaubert, “Madame Bovary”) finds her death in a small context of a province where her fragile existence is immersed in, a hated frame, altered by the perception of the protagonist who tries to survive by creating a different life dimension that goes beyond her family, her responsibilities as wife and mother. The woman seeking refuge in passion and ephemeral happiness will only end up destroying herself and people who had truly loved her.

This way Flaubert creates and inserts his characters into a real space that examines itself in the story, like the light reflected in a prism, in the many personal spaces lived and experienced by the protagonists, the space that will eventually affect their destinies till the point of devouring and destroying them.

And the places, despite being completely alike, thus become so different according to the subject that senses them, inspiring love or hatred, sense of belonging, uprooting or awkwardness, because this is where their charm is seen – in recognizing them and ourselves in them.

I write these lines in the opening part of the Pacentro castle in memory of a pleasant conversation with a friend (coming from somewhere else, not so far away, but with anxiety and expectations that their job responsibilities entail) who found, even if for a short period, their “home” in this small town.

The castle stands in all its glory at the foot of the Morrone mountain. Those coming by the winding road that climbs up to the town will be amazed by such an appealing and romantic view, with the castle that rises up from a small town center where it is nestled.

The fortress was part, along with those of Pettorano, Introdacqua, Bugnara, Anversa, Popoli, and Roccacasale, of the defensive control system of the Peligna Valley.

The history of the Pacentro castle is as ancient as the history of the village, whose origins date back to the 8th century. The first masters of Pacentro were the Berald family, followed by the children of Transarico di Balba. Since the end of the 9th century until the 16th, the area was dominated by the Valva family. In the following years, under the Dukes Caldora-Cantelmo, the castle was enlarged and fortified, becoming one of the most powerful in the region.

The castle stood as a protagonist and a pivot in the struggle of the Angevin family against the family of Aragon (supported by Sulmona) for gaining control over the Kingdom of Naples. Following the defeat of the first, master Antonio Caldora was forced to give up his property and, consequently, Pacentro that passed over to the Orsini family. With the advent of the Aragonese dynasty, some radical changes took place, including the addition of the cylindrical towers.

The castle passed through the hands of the Colonna family, the Barberini family, and other dynasties until it became a municipal property in 1957[2].

The original structure dates back to the 10th century. The rectangular plan is composed by the three tall square towers (originally four) with an ashlar masonry on the north-east and north-west towers[3]. Among these towers, the oldest is the north-east one built in large square blocks, referable to the 11-13th centuries[4].

In the 15th century, when the castle passed over to the Caldora family, the other two square towers were built. Later, some rooms on different levels for housing needs were added. The three cylindrical fortified towers were erected for the purpose of strengthening the castle, following an improvement of the defense power of the structure with the introduction of artillery. Above the ledge that marks the engagement of the base with the cylindrical body, one can see the emblems carved in stone that weather and time have made difficult to read[5]. The cylindrical towers probably date back to 1483 when the fortress passed over to the Orsini family, the square towers, however, were built during the 14th century. On the basis of the analysis of the structure’s main elements, a conclusion might be made that these are two different models of the castle belonging to different periods.

The fortress underwent numerous restorations. In 1964 consolidation works were made on the north-east tower, then in 1974 on other towers, while in the 1990s it was the turn of vast spaces of the residential area[6]. All these efforts have helped open the structure to the public and allowed visitors to better appreciate this charming piece of art, offering them a mix of nature, history, and human lives – a characteristic feature of Abruzzo landscapes.

Caldora Castle – Pacentro Click on the map for a bigger version

Caldora Castle by Antonella Capaldo translated by Yulia Shcherbakova is distributed with the licence Creative Commons Attribution-NonCommercial-NoDerivatives 4.0 International.
Further permits in regards with the purposes of the present licence can be available via https://www.sulmonalive.it/contattaci.